We’re incredibly excited to reveal Wildfrost, a single-player roguelike card game set in a frosty world. The team here at Chucklefish have already been sinking hundreds of hours into Wildfrost’s equally charming and challenging runs (especially one very addicted team member!), so we can’t wait for you all to get swept up in the snowstorm later this year ❄

Check out the trailer we just revealed as part of Nintendo’s Indie World Showcase:

In Wildfrost the world has plunged into a deep winter – even the Sun has frozen over! With each run, you’ll be battling monsters you encounter along the path to reach the Sun Temple, in an attempt to banish the frost once and for all! Before heading out across Wildfrost’s unforgiving frozen tundra, you’ll need to choose your Leader and a starting pet. Leaders are randomly generated with different skills and stats and, depending on which tribe they belong to, will provide you with a different starting deck of cards. As you progress through the game, you’ll unlock more decks from different tribes to experiment with.

Making it all the way to the Sun Temple won’t be easy though… To truly defeat the everlasting frost you’ll need to rescue and recruit frozen card companions, building a deck strong enough to withstand waves of deceptively cute monsters. Savvy adventurers plot out the best route through the snowy wilderness to stop off at travelling merchants and uncover lost treasures along the way.

You can upgrade and customise your favourite cards throughout your journey using special wobbly charms to enhance their powers or unlock other boons. Return to the survivor stronghold of Snowdwell between runs to expand the town with new buildings, opening up shops to unlock new cards, tribes, events, customisation options, daily runs and challenges. The more you rebuild Snowdwell, the more options you’ll have to take down the brutish monsters that block your path.

When you’re facing up against a particularly tough group of enemies you’ll need to harness all of your strategic skills to come out on top during a card battle. By customising your deck, experimenting with different elemental card combinations, and mastering the ‘counter’ system to your strategic advantage, you might just have a chance! (We’ll get more into the nitty-gritty details of that counter system in a future dev blog!)

Who is making it?

Wildfrost is being made by developer duo Will Lewis (Programmer & Designer, Deadpan Games) and Gaziter (Artist & Designer)! Will previously developed the brutal roguelike platformer Caveblazers, while Gaziter has produced incredible art for cosy indie games Forager and KnotBot. The core team have been working together remotely on the project since March 2020, when it was originally a prototype Gaziter had been experimenting with made out of paper! By September 2020, the prototype had expanded enough to begin full development and become the beautifully charming deck-builder you see today!

What languages will Wildfrost be playable in?

At the moment we can initially confirm Wildfrost will be playable in English, Japanese, Korean, Simplified Chinese and Traditional Chinese. If your language isn’t listed above, the best way to let us know you’re interested is by wishlisting – we will be closely watching wishlist data to evaluate which languages the community is most interested in! Big thanks to our fantastic partners at Kakehashi, Bada Games, and Netease who are working on the current game translations. We hope to bring you more info on localisation soon.

When is it coming out?

Wildfrost is currently in development for PC and Nintendo Switch, and we’re aiming (all being well) to release Winter this year! As usual, we will be posting development updates as the game progresses via the Steam News channel, so keep your eyes peeled for more information!

That’s all for now! If you’d like to keep up to date with more Wildfrost info, join the Discord to chat with the developers, give @WildfrostGame a follow on Twitter, or join the Wildfrost subreddit. Lastly, be sure to wishlist the game to be notified as soon as it drops! 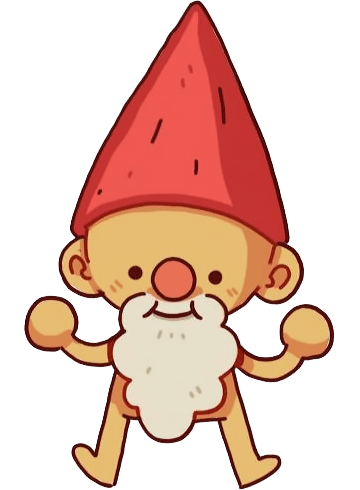