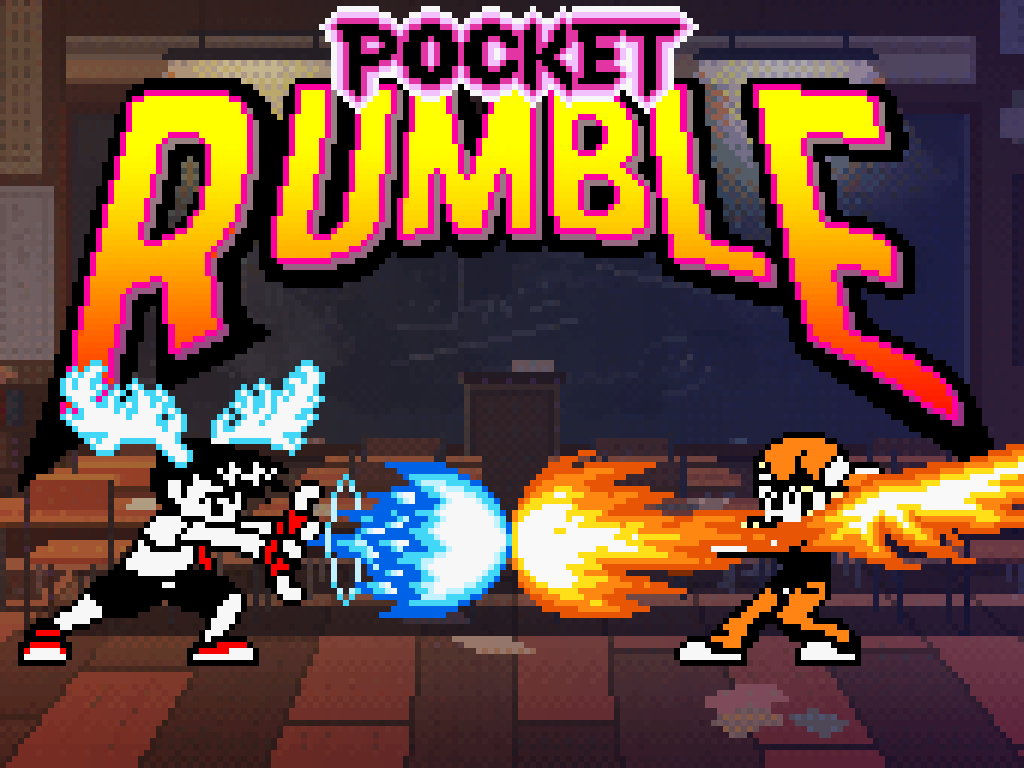 This does two cool things: it creates a level playing field for fighting game veterans to focus on strategy and reading their opponents, and it also opens up the genre to new players who may have found other fighting games overwhelming. 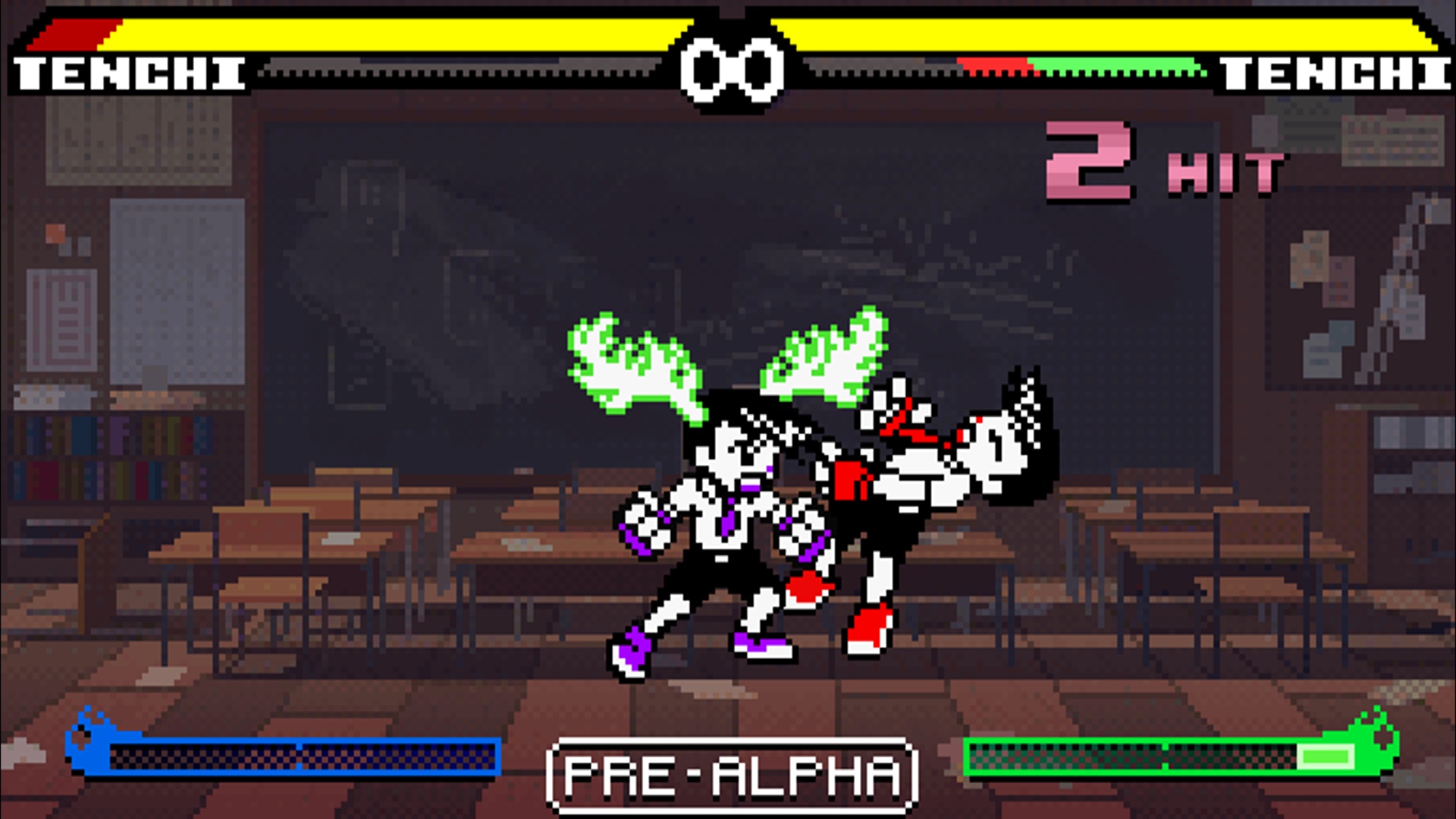 This accessibility is achieved mainly through streamlining controls and movesets. Pocket Rumble features the standard movement controls you expect in a 2D fighter, but has only two attack buttons, light and heavy. Each character has a small, focused set of essential normal attacks tailored to best suit their overall playstyle.

Pocket Rumble will feature 8 playable characters at launch (plus quite a few unlockables, including cross-over characters from other games!). Each character has different movement options, and gains and uses meter in completely unique ways. In general, characters are designed to play almost as if they come from different games. Honing and balancing this diversity in the game’s cast is one of the game’s core focuses.

The game also features full mod support– you can create characters, modify existing ones, change the rules of gameplay, or even turn Pocket Rumble into a totally different game.

Pocket Rumble is still in development, having launched its Kickstarter campaign just a couple days ago– we’re super excited to be helping them out. Check out their campaign for much, much more information about characters, controls, accessibility and game modes.