A lot has been happening down on the farm lately!

First of all, Stardew Valley is now out on PlayStation Vita for even more portable farming goodness – yay! This version is Cross-Buy with PS4, which means those of you who already own a digital copy of the game will be able to download the PS Vita version for free, and vice-versa. But please note, the v1.3 updates (including Multiplayer) won’t be available for this port. 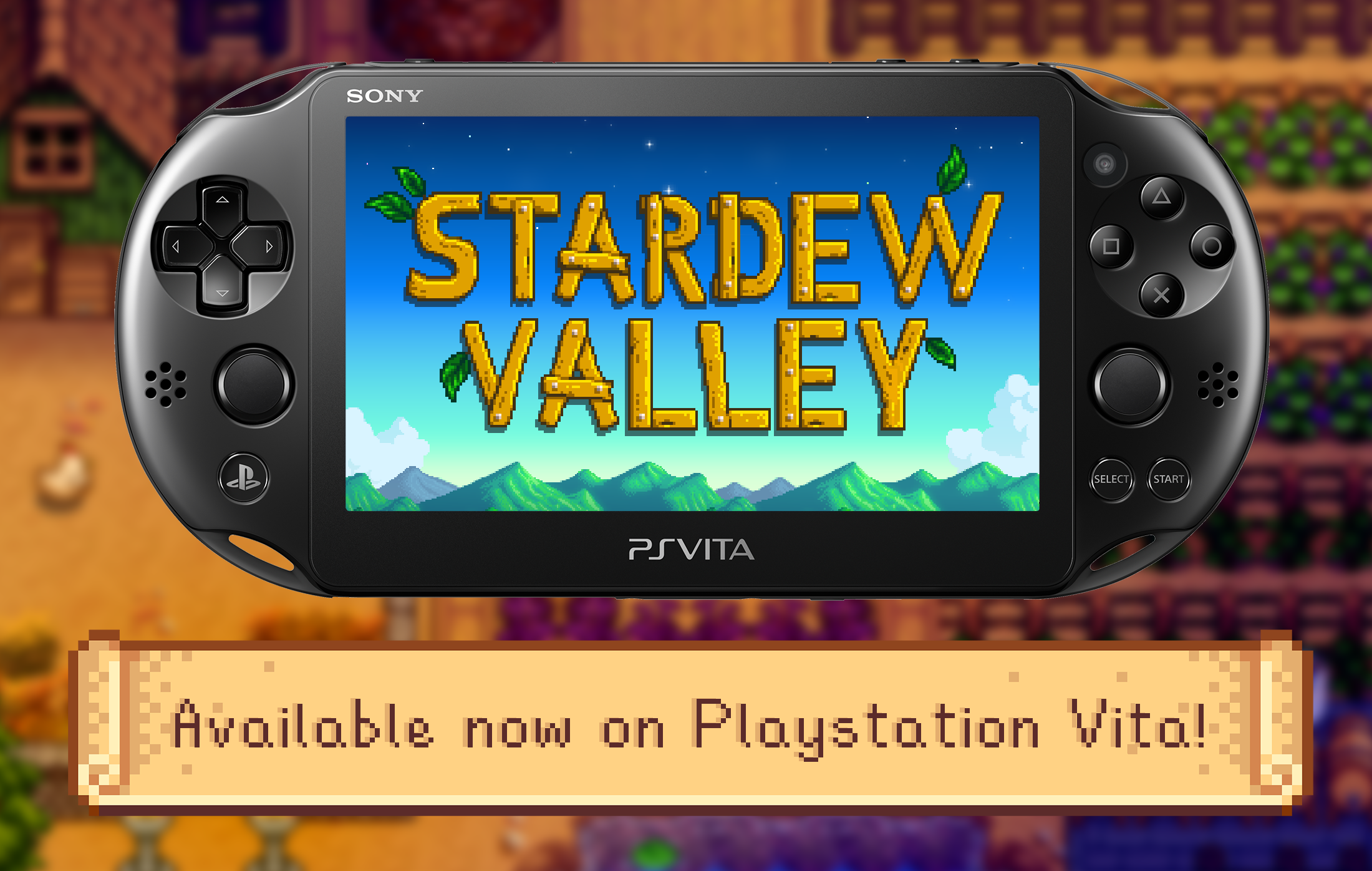 A quick thanks to all of you EU players for waiting patiently for the past two days. We hope you took the opportunity to pick up the game whilst it was on sale in the meanwhile! 🙂

If you encounter any issues, or have any questions, reach out to us on the Chucklefish Forums and we’ll be keeping a close watch over the next few weeks.
Happy portable farming!

Thanks to everyone who has played the 1.3 PC public beta and tested out the Multiplayer features so far on Steam. We’ve received so many lovely messages from you, and heard great stories about your time on each other’s farms.

Our very own Programmer, Tom Coxon, has been working super hard on Stardew Valley’s network coding to make the game multiplayer, which is no mean feat considering he has had to touch almost every source file and rewritten over 15,000 lines of code in order to synchronise multiple games over the internet! You might have spotted him stealing farm furniture and pawning it for quick cash on a recent Chucklefish Twitch stream where we showed off some Multiplayer gameplay.

The update supports up to 4 players in a co-op session, either starting from a new game, or diving in from your latest single player save file by having Robin build cabins for you. With one player becoming the host farm which players connect to, and the other 1-3 players acting as farmhands, you can work together on the same farm to achieve a common goal and – wait for it – even marry your fellow farmhands or host by proposing with a crafted wedding ring!

Farmhands can also have children with the player, and participate in the flower dance together. But don’t worry, if things don’t work out you can always divorce them by demolishing their cabin – ouch! 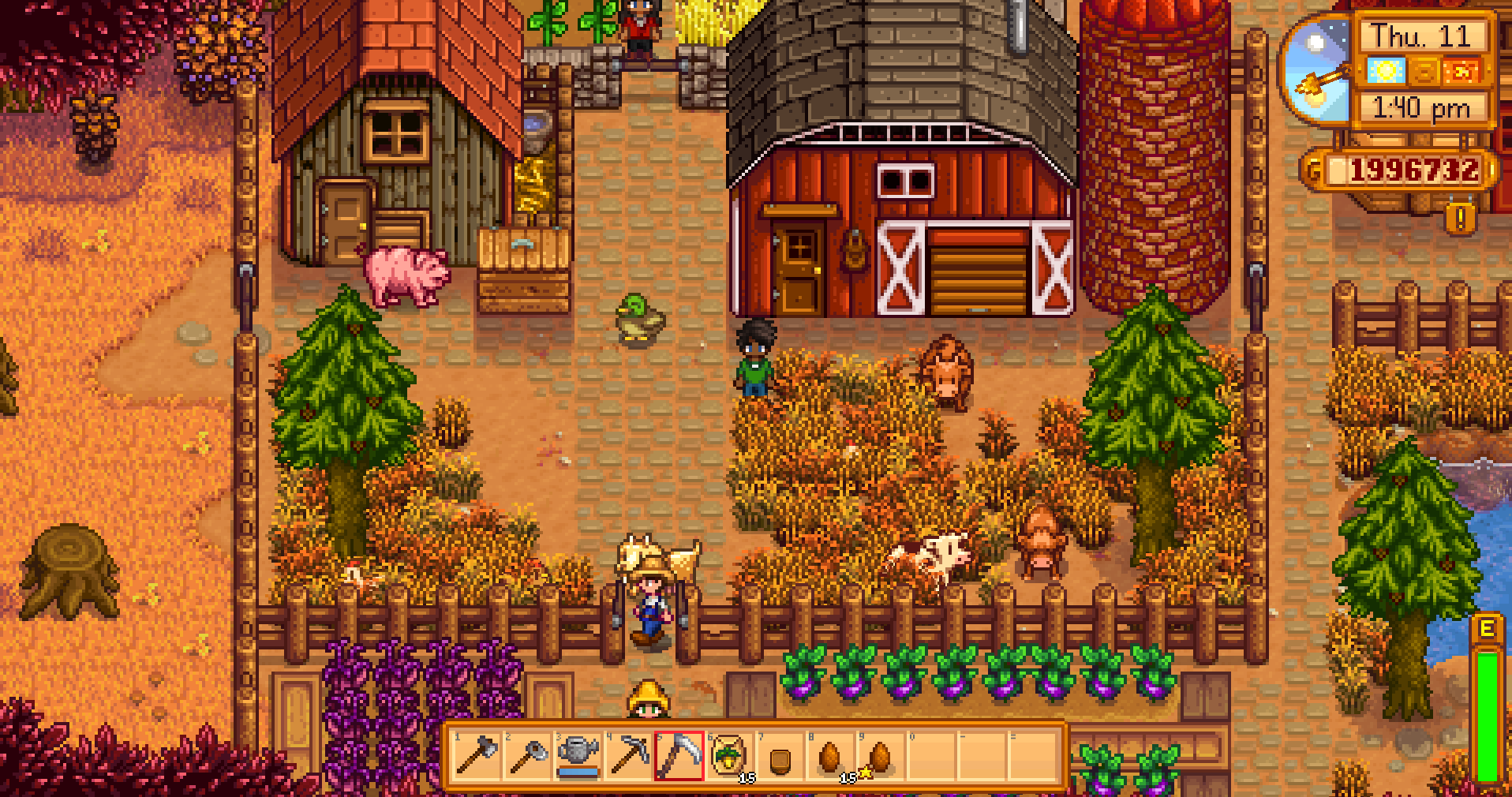 1.3 also features new single player content from ConcernedApe which fans have been slowly discovering more of since the beta’s launch. You can find a few hints on what to expect in the Stardew Valley Developer Blog, with some details on new items, events and even hats.. for horses!

Tom and ConcernedApe have been working through fixing any bugs which have been flagged since the public beta launched, and are making great progress in order to get the update ready for the full, stable release. Once everything is ironed out, next we will be tackling console patches for the update, starting with Nintendo Switch, and then moving on to PS4 and Xbox One. Please keep in mind that it’s a pretty big update, so expect a little wait while it rolls out to each platform.

Lastly, for those of you waiting for the update on WeGame – we haven’t forgotten about you, and it is coming! Keep your eyes peeled 🙂