Today is the day!

Timespinner by Lunar Ray Games is available RIGHT NOW on Windows, Mac and Linux via Steam and Humble, as well as on PS4 and PS Vita (it’s cross buy). You can find it on the PS Store in Europe and North American regions. Wahoo! 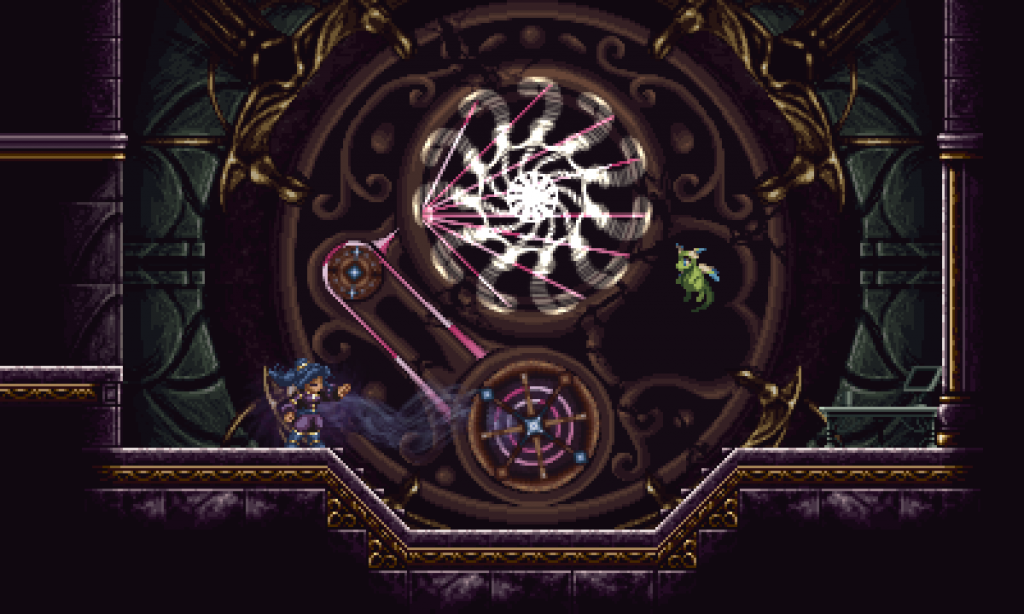 It’s huge milestone for Bodie Lee, the solo-developer of Timespinner, who has worked tirelessly for many years to get here, and wouldn’t have been possible without the unwavering support of the game’s Kickstarter backers and fans. Timespinner has already started receiving a warm reception from players and critics alike, with a fantastic 9/10 review from Destructoid, here’s a snippet:

Some games wear their influences on their sleeve; Timespinner has a full-body tattoo that reads “I ♥ Symphony of the Night” from the top of its head to the soles of its feet. That’s by no means a bad thing. Aspiring to one of the best 2D platformers ever made is a noble goal, and Timespinner comes closer to the mark than  almost anything I’ve ever seen.

For those of you booting up the game today, you might be interested in taking a look over at our Official Wiki for the game, which features some handy tips to get you started in both the past and present of Lachiem. It’s a player-maintained resource which anyone can edit, so feel free to get involved!

Available today is also the Timespinner Soundtrack, from the game’s wonderful composer Jeff Ball. It’s available on Bandcamp for $10 digitally, or $25 as a limited edition 2-disc CD. It’s a really fantastic collection of tracks, which perfectly captures that 1990s gaming nostalgia that inspired Timespinner in the outset. Grab a copy right here.

For those of you asking about the 3DS version mentioned in the Kickstarter campaign, Bodie will begin working on it shortly after launch, so we hope to give you an update on the status of this in the coming months, as well as the feasibility of any other platform ports…! For more updates check keep your eyes peeled over at the Timespinner Reddit or by following Lunar Ray Games on Twitter.

Lastly, if you do find any bugs while you’re playing or have general feedback, you can drop a note in the official Discord in the “bugs-n-feedback” channel, or in our new, shiny forums at: https://community.playstarbound.com/forums/timespinner-support/